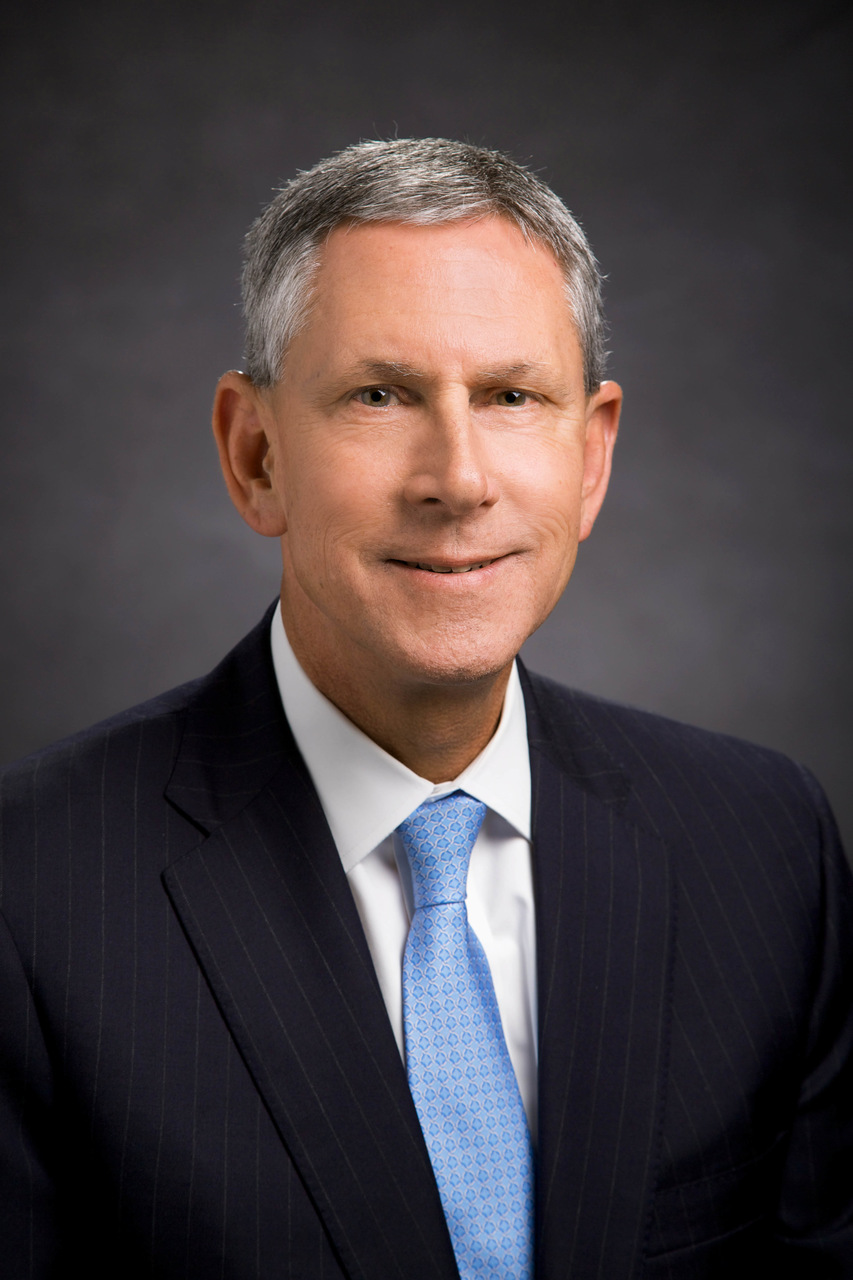 Joseph R. Catti is Chairman and CEO of FineMark National Bank & Trust and FineMark Holdings, Inc. Mr. Catti is a graduate of Florida International University. He serves on the boards of Canterbury School, Community Cooperative, Inc. (Soup Kitchen), Cypress Cove, De LaSalle Academy, Florida Gulf Coast University Financing Corporation, Florida Gulf Coast University Foundation, Lee County School District’s Independent Sales Surtax Oversight Committee, Lee Health, Lee Healthcare Resources, Lee Health Foundation, and United Way of Lee, Hendry, Glades and Okeechobee Counties. He is also the former Chairman of Florida Gulf Coast University Foundation, a former Trustee of Florida Gulf Coast University’s Board of Trustees and the former Chairman of the Capital Campaign for the Golisano Children’s Hospital of Southwest Florida. Mr. Catti has received the Lee County Philanthropist of the Year award in the area of fundraising, the Boy Scouts of America Distinguished Citizen of the Year award for Lee and Collier Counties, and Voice of the Year by Voices for Kids of Southwest Florida, Guardian Ad Litem. He was also selected as one of Gulf Shore Life Magazine’s Men and Women of the Year in 2010, and was inducted into Junior Achievement’s 2015 Business Hall of Fame for Lee County. 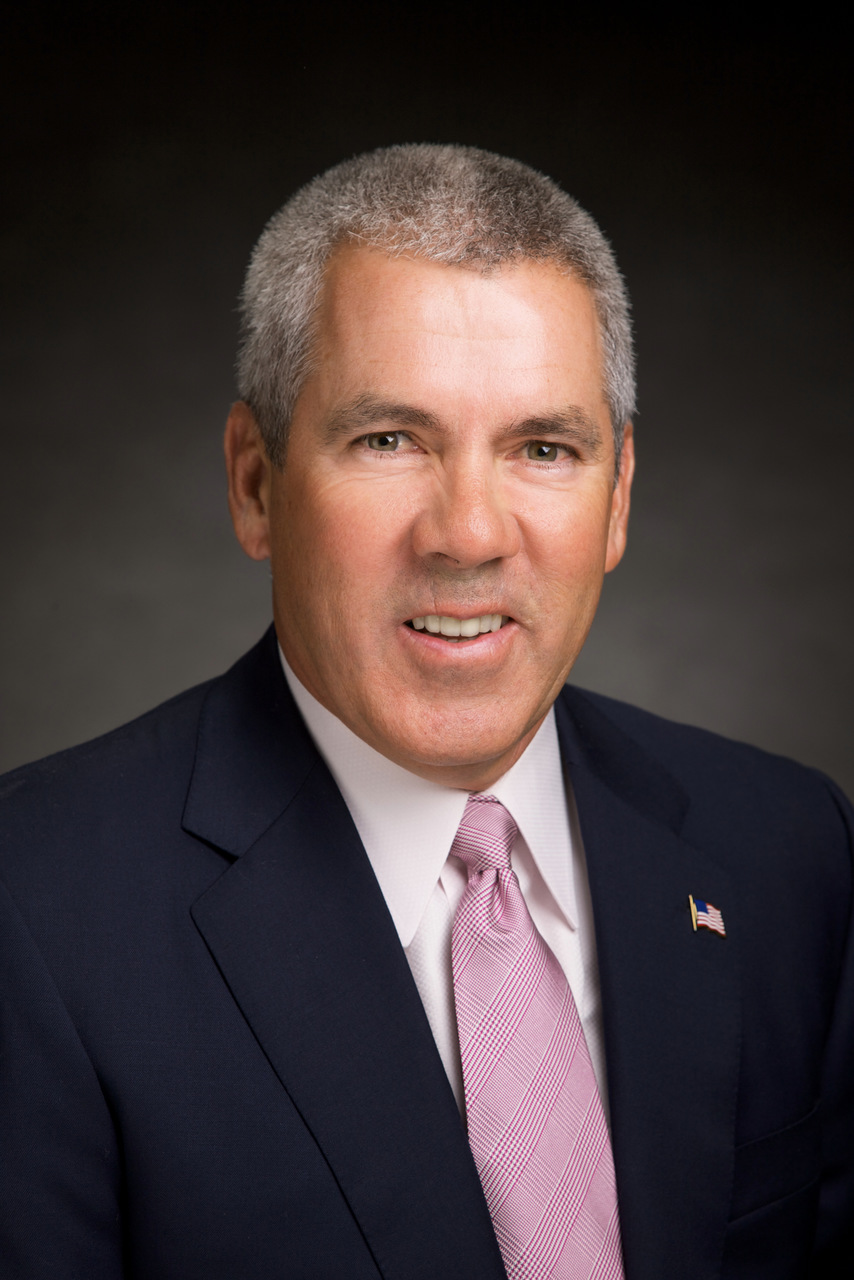 Scott A. Edmonds is the founder of Bellfield Investment Partners, a private equity investment firm. Previously, Mr. Edmonds was the Chairman, President, and CEO of Chico’s FAS, Inc., a NYSE-listed women’s clothing retailer.

Mr. Edmonds serves on the board of Revolution Dancewear and has served on the boards of Florida Council of 100 and the Foundation for Florida Gulf Coast University. He is active in numerous community organizations in Fort Myers, Florida and Mathews, Virginia. 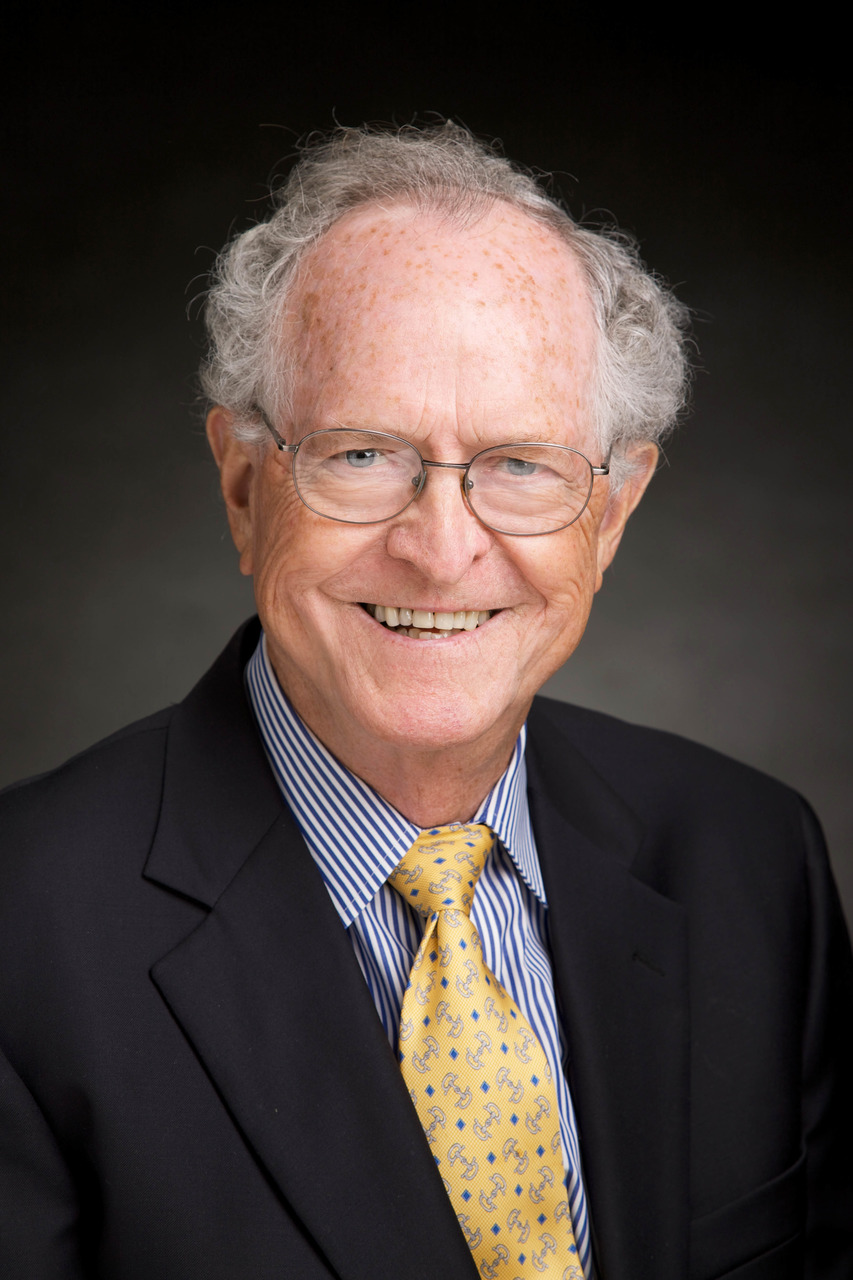 Richard E. Beightol is President of the Beightol Foundation. Previously, he was founder, Chairman, and CEO of National Worksite Benefits, Inc. and National Worksite Advantage until both companies were sold to Trustmark Life Insurance Company in 2001.

Mr. Beightol is a graduate of the University of Iowa. He served as President of the Southwest Florida Speakers Assembly and the Leukemia Society of Milwaukee. He also served as a director of the Milwaukee Public Museum and co-chair for the United Way in Bonita Springs. 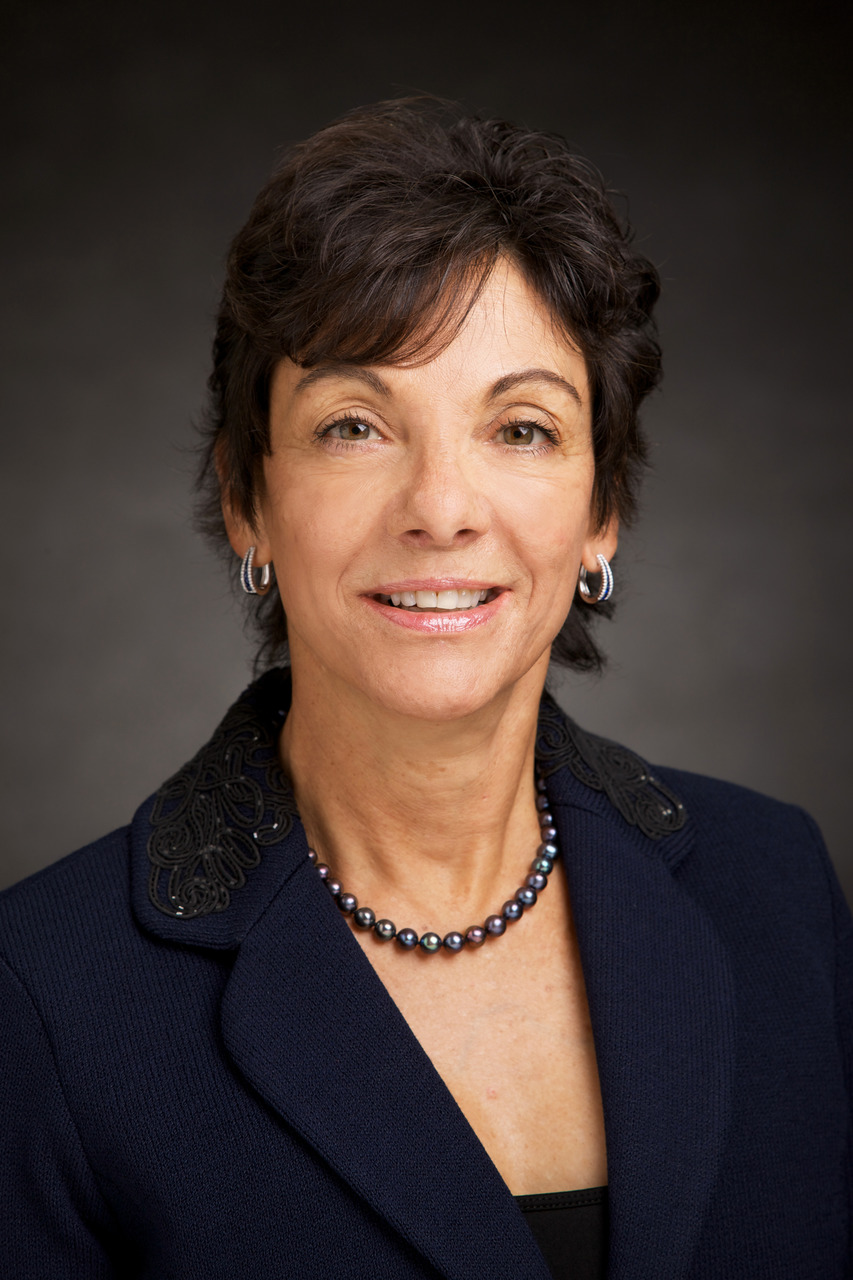 Aurelia J. Bell is President and CEO of ArrowHead Partners, Inc., a commercial real estate company that builds, owns, and operates apartment complexes in Southwest Florida and western Illinois. Previously, Ms. Bell was founder, President and CEO of Excell Personnel Services in Chicago, Illinois, one of the largest human resources and executive search firms in the Midwest.

Ms. Bell is a graduate of Northeastern Illinois University. In 2010, she founded The DreamCatcher Foundation of Southwest Florida, a non-profit foundation dedicated to helping single mothers in need attain training in medical careers. 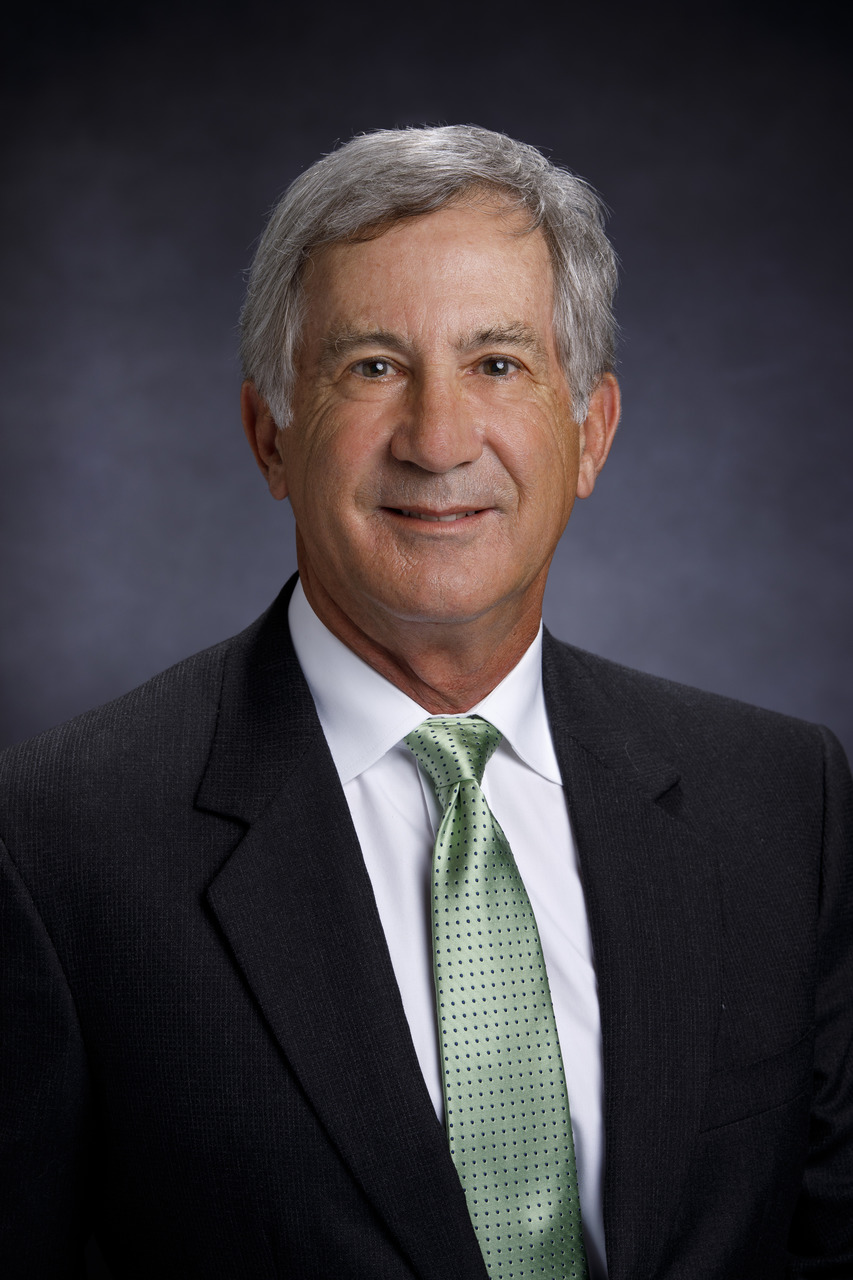 Michael J. Carron, MD, is the former CEO of Radiology Regional Center, where he practiced as a board certified and CAQ interventional radiologist for 31 years. Previously, he served three years in the United States Navy as a medical officer.

Dr. Carron earned his undergraduate and medical degrees from the University of Missouri, Columbia. He has served as Department Chairman, President of the medical staff, and Trustee of the Southwest Florida Regional Medical Center. Dr. Carron is also a member of the Horizon Council of the Lee County Economic Development Committee, a board member of YMCA Bonita Springs, and a former Trustee for Canterbury School. 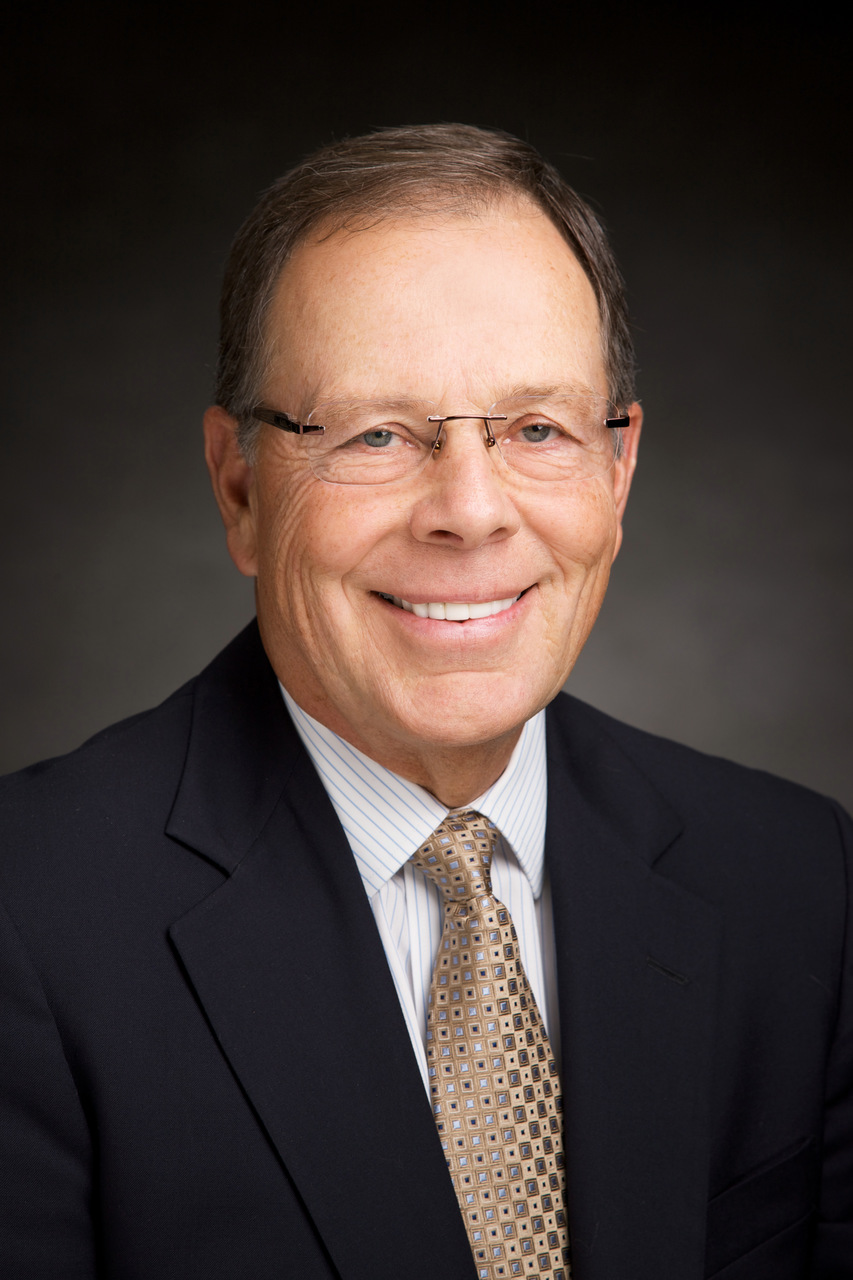 Thomas D. Case, II is a principal in Case Pearlman Retirement Plan Advisors, LLC, an independent Registered Advisory Firm specializing in the fiduciary management of 401(k) and 403(b) retirement savings programs for companies and non-profits. He is also a principal in Case Life Solutions, LLC, an independent company that designs life insurance solutions for individuals and their companies.

Mr. Case is a graduate of Wake Forest University. He served as a director on two bank boards prior to joining the FineMark Holdings, Inc. board of directors. 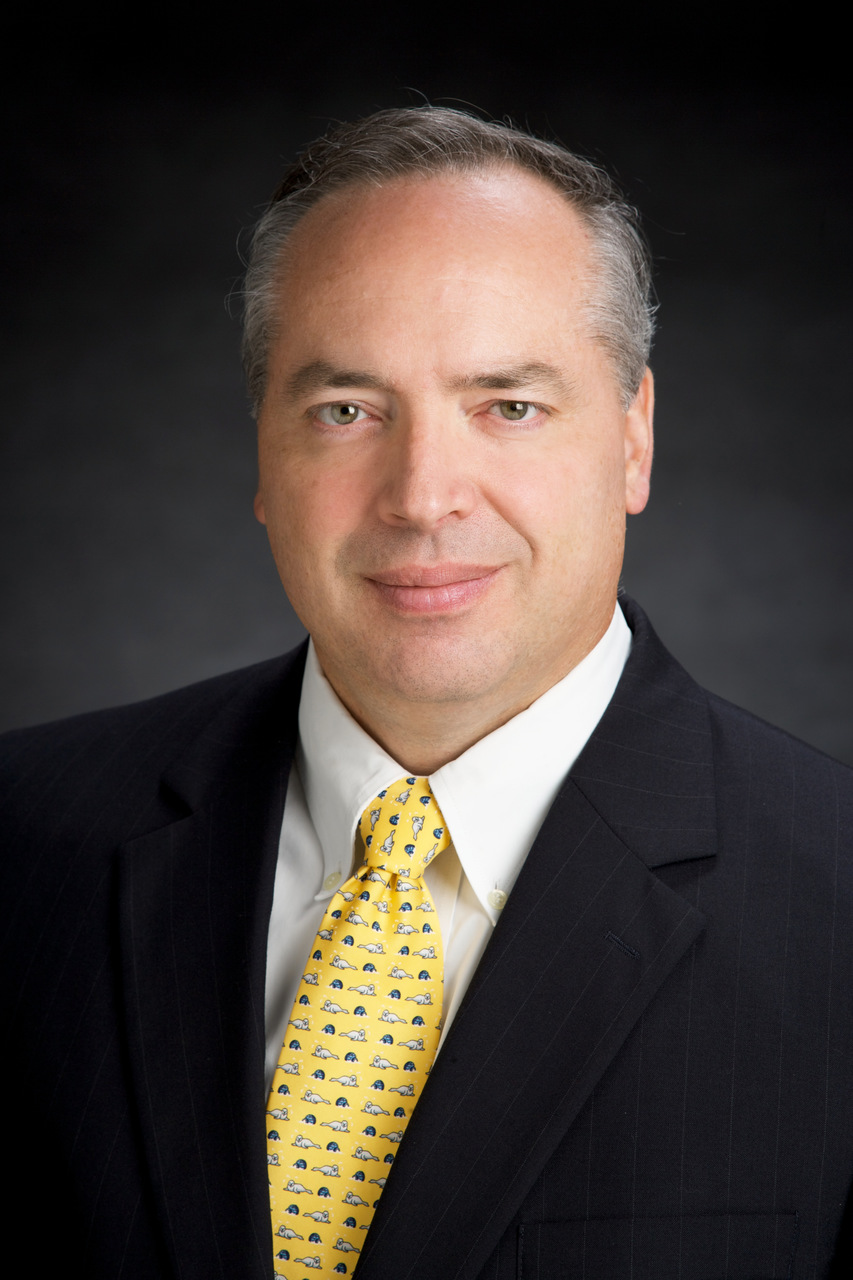 Mr. Eagleston earned his undergraduate and Masters degrees from Bentley University. He has significant banking experience including eleven years with the Federal Deposit Insurance Corporation. 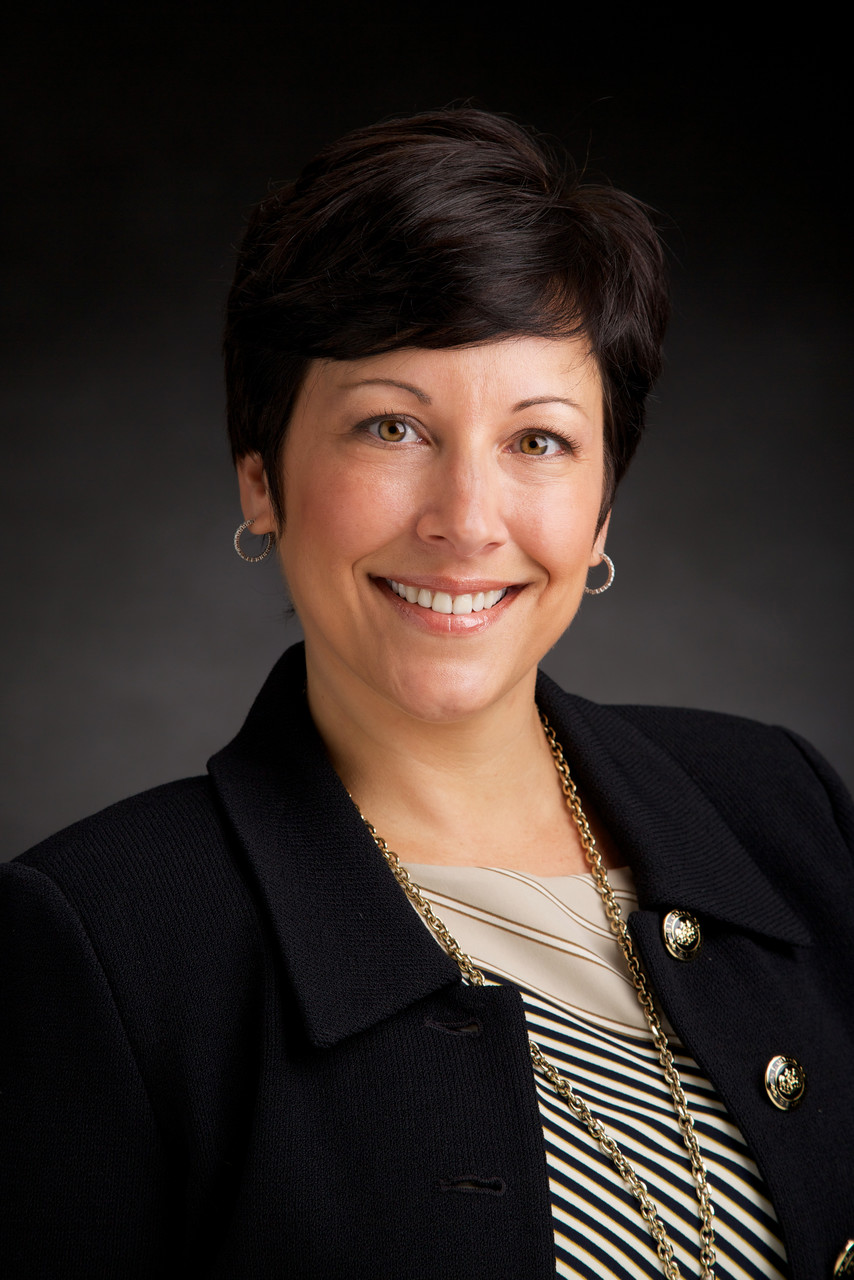 Tracey U. Galloway is the CEO of Community Cooperative, Inc., a nonprofit organization fighting to end homelessness and hunger in Southwest Florida. Previously, Mrs. Galloway was Vice President for Development and Alumni Relations for Edison State College, now Florida SouthWestern State College. Additionally, while serving as Executive Director for the Edison State College Foundation, Inc., the foundation grew to the fifth largest endowment in the Florida Community College System.

Mrs. Galloway earned her undergraduate degree from Northwood University and her MBA from Nova Southeastern University. She is deeply involved in the community and has served on many local boards and advisory committees including Grandeur Magazine, Florida (past President), National Council for Resource Development, Junior League of Fort Myers, American Cancer Society, and American Heart Association.

Mrs. Galloway was named a Florida Weekly Power Woman and one of Southwest Florida’s Most Powerful and Influential Women by Gulfshore Business Magazine. 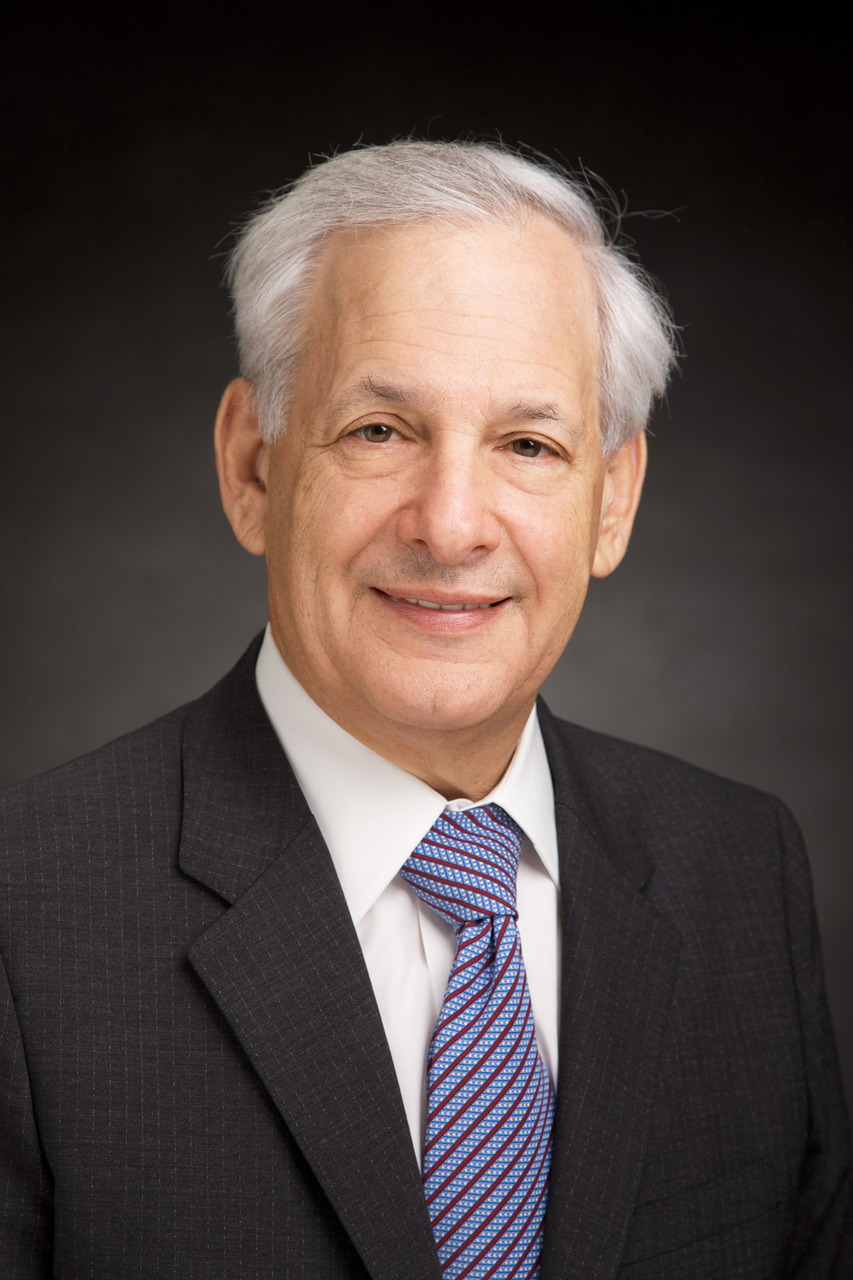 William N. Horowitz is a board certified tax lawyer, retired certified public accountant, and principal of the law firm of Cummings & Lockwood, LLC, where his practice is focused on wills, trusts and estate planning. 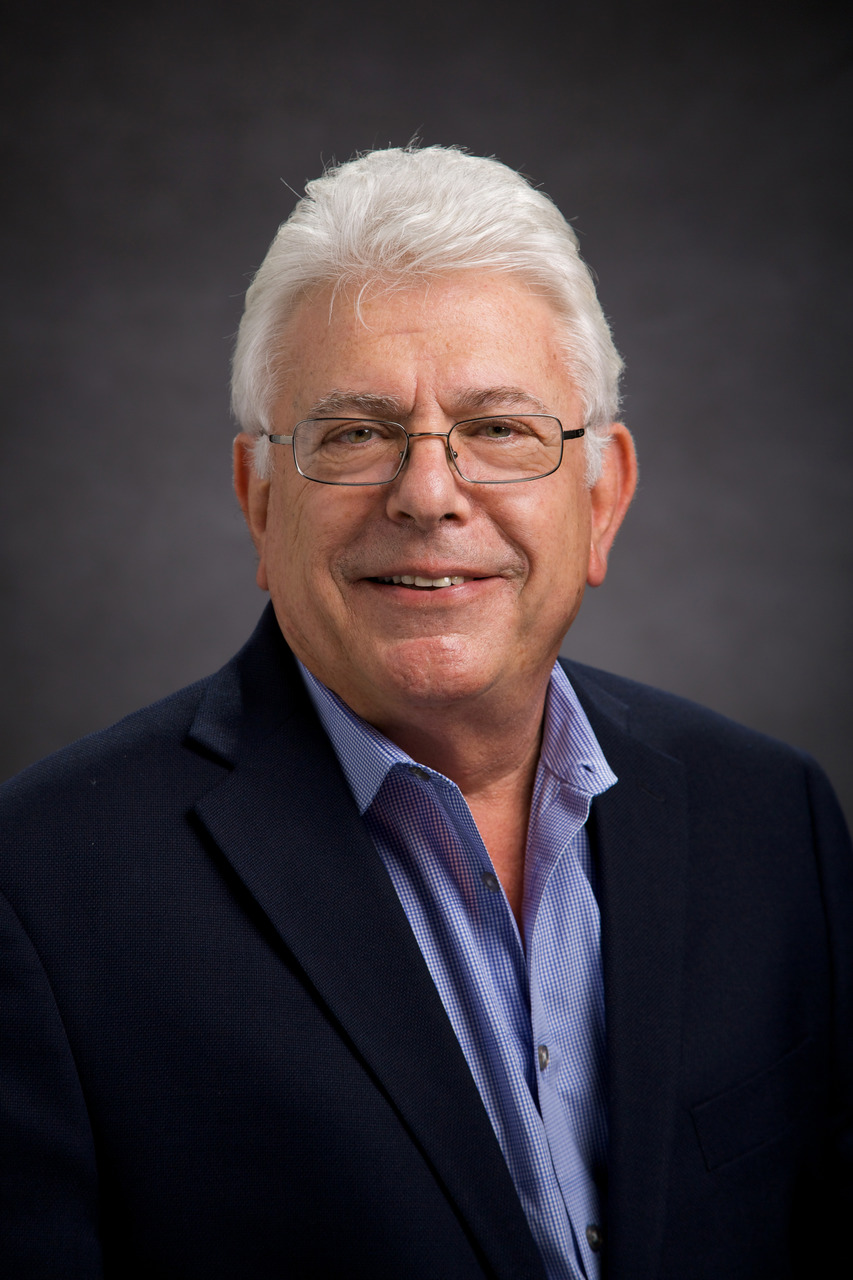 Clive L. Lubner is CEO of Clive Daniel Home, a home furnishings and design services company. Previously, he was a partner of Robb & Stucky, Inc.

Mr. Lubner immigrated to the United States from Johannesburg, South Africa, settling in Southwest Florida. He serves as an advisory board member of Florida Repertory Theatre Company and is also active in many philanthropic activities.

David H. Lucas is Chairman of the Board of The Bonita Bay Group, a privately-held community development firm.

Mr. Lucas earned his undergraduate degree from Purdue University and his MBA degree from Harvard University. He serves on the board for United Way of Lee, Hendry, Glades and Okeechobee Counties, founded the United Way’s local Alexis de Tocqueville Society and continues to serve as its chairman. Mr. Lucas also serves on the executive committees of the Reformed Theological Society, Southwest Florida Community Foundation, and the Florida Gulf Coast University Foundation. 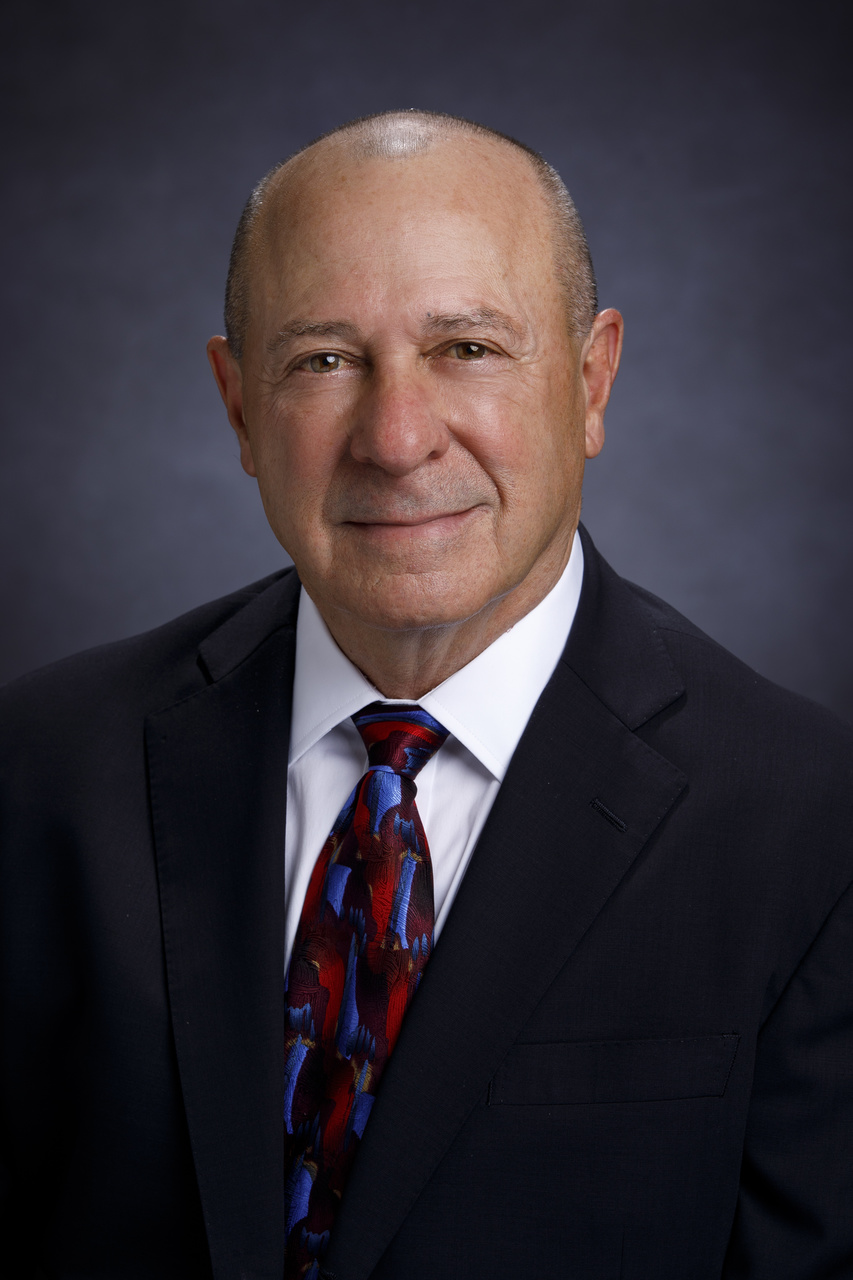 Vito S. Manone is President of Manone Investments, Inc. Previously, he was the CEO of Intertech Resources, Inc., a medical products manufacturer based in Chicago, Illinois.

Mr. Manone is a graduate of Marquette University. He serves on the boards of Pharos Systems, Cibola Vista Properties, and Northfield Medical as well as several private equity firms. Mr. Manone is also the Treasurer of the Catholic Community Foundation for the Diocese of Venice, Florida. 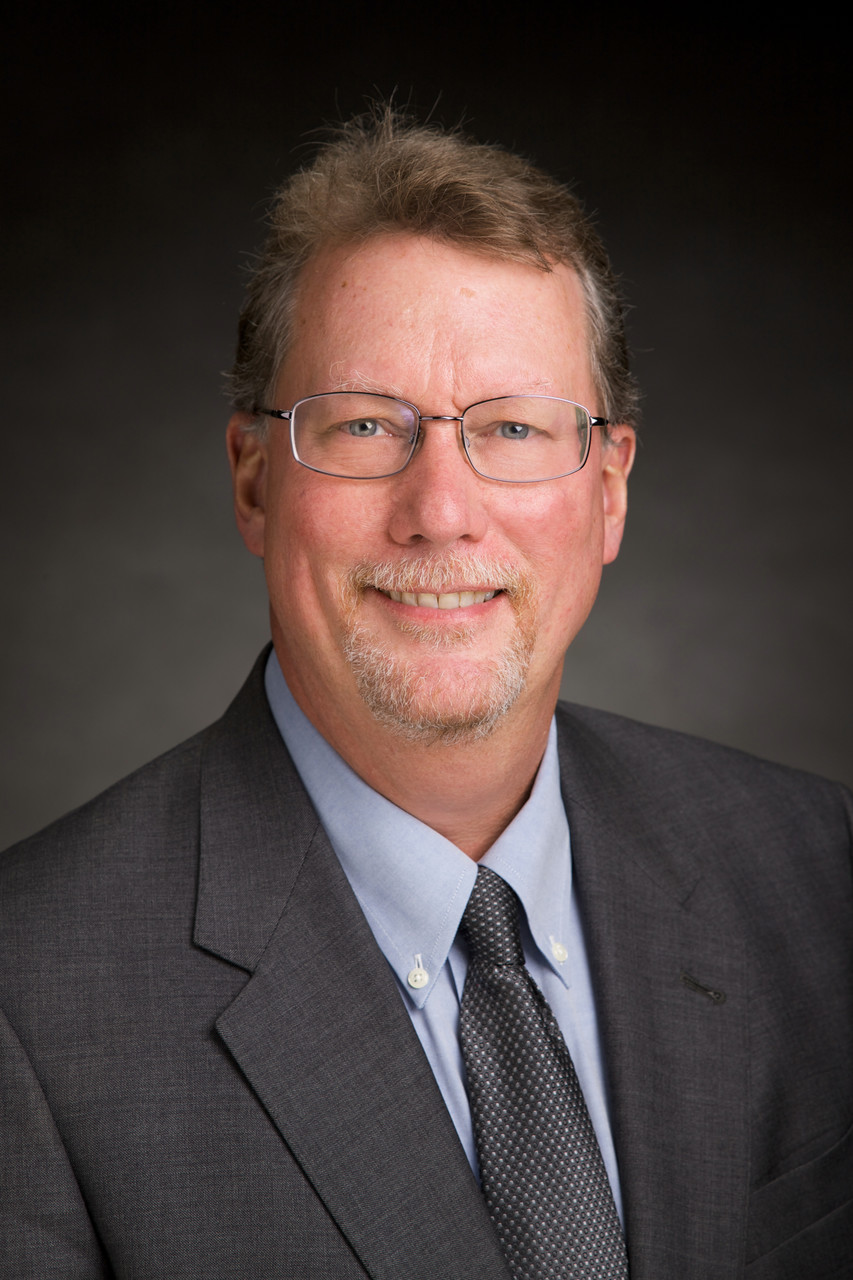 Mr. Reynolds is a graduate of Miami University, Oxford, Ohio. He is a member of the Florida Chamber Board of Governors, the Florida Gulf Coast University College of Business Advisory Board, Trustee Emeritus for the Community Foundation of Collier County, and is a founding director of Southwest Florida Economic Development Alliance. Mr. Reynolds has also served as Chair of Leadership Florida’s Southwest Region and is a member of the Statewide Board of Regents. 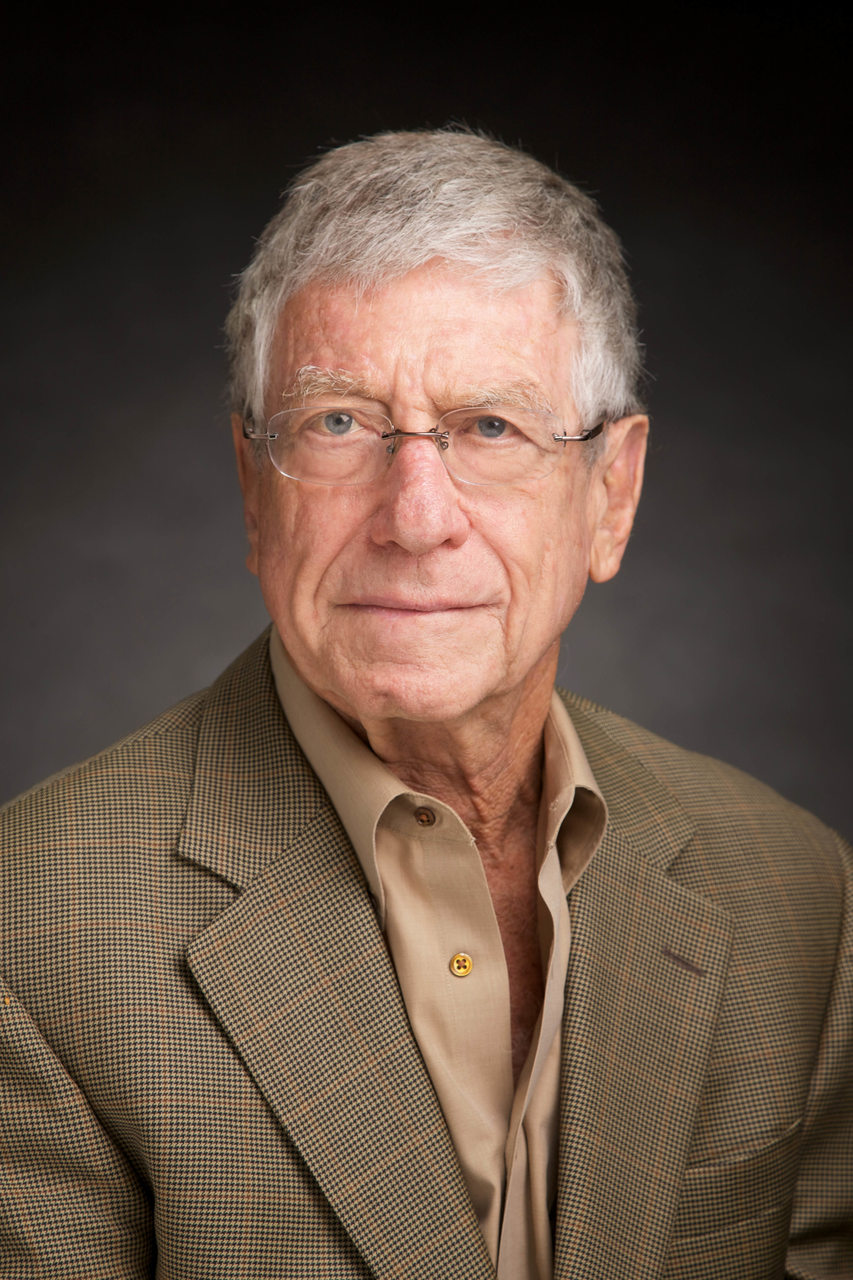 Dr. Seidler earned his undergraduate, Masters, and Doctorate degrees from Columbia University. He is also a certified public accountant. Dr. Seidler serves on the boards and chairs the audit committees of The Shubert Organization, The Shubert Foundation, Winthrop Realty Trust, and Florida Gulf Coast University Foundation. He is also Chairman Emeritus of the Tisch Multiple Sclerosis Research Center of New York. 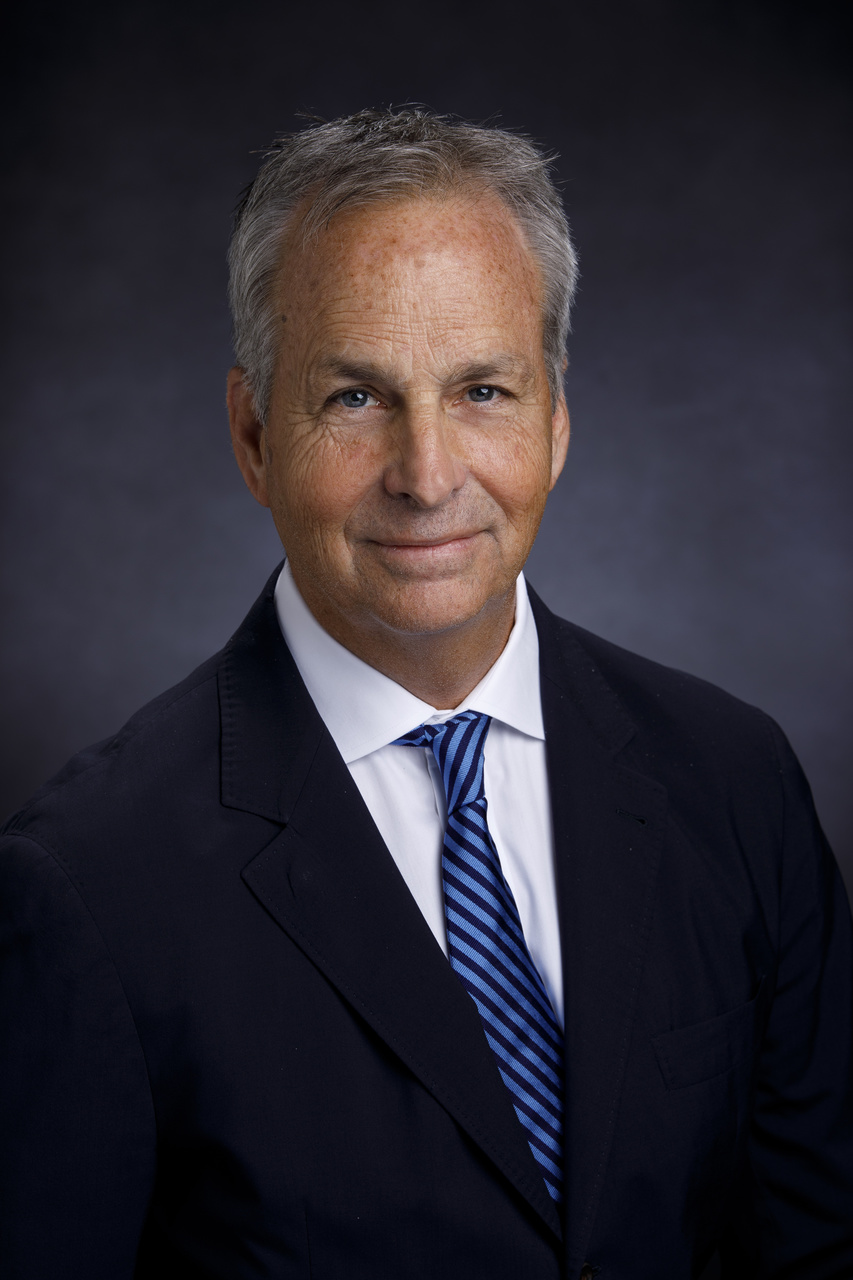 Martin M. Wasmer is the Principal and CEO of Wasmer, Schroeder & Company, an investment advisory and portfolio management company.

Mr. Wasmer is a graduate of University of Miami, Florida. He serves on the boards of Professional Givers Anonymous of Collier County, Alzheimer’s Support Network, and the investment committee of Conservancy of Southwest Florida. 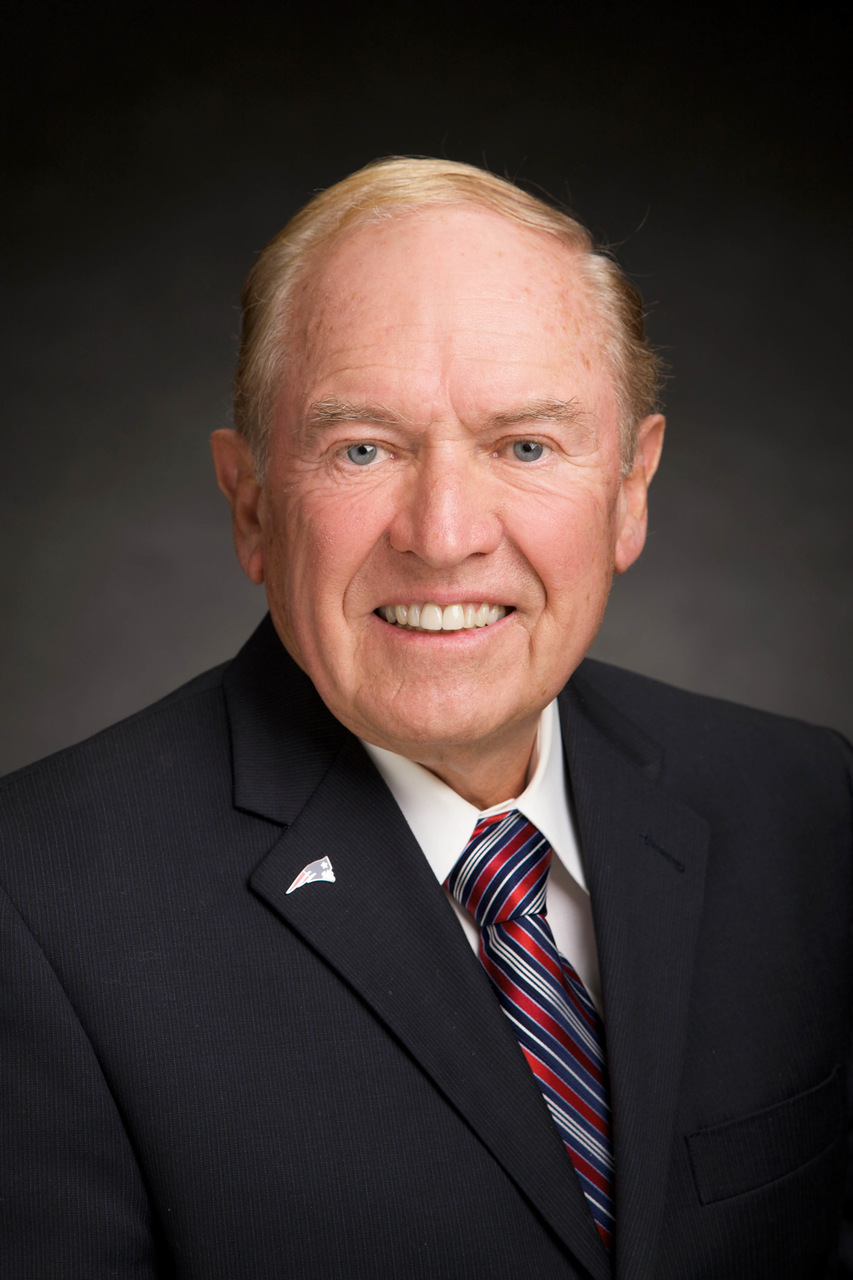 John F. Blais, Jr. is founder and President of BlaisCo, LLC, a financial holding company. Previously, Mr. Blais was the CEO of NetOptix, a leader in designing and manufacturing multilayered infrared optical interference filters. Prior to that, he founded and served as President and Chairman of Optical Filter Corp., a company that designed and manufactured highly sophisticated optics for use in military, medical, and commercial applications. Mr. Blais also helped develop the first Vertical Temperature Profile Radiometer (VTPR), an application used in space for infrared viewing of the Earth’s atmosphere.

Mr. Blais holds an honorary doctorate from the University of Massachusetts Medical School and an honorary doctorate from Nichols College in Dudley, MA. A philanthropist and patron of the arts, he has made significant contributions to numerous medical, educational, and scientific endeavors. Mr. Blais is currently a Trustee of the Dana Farber Cancer Institute and a director of TCG, a tactical communications group. 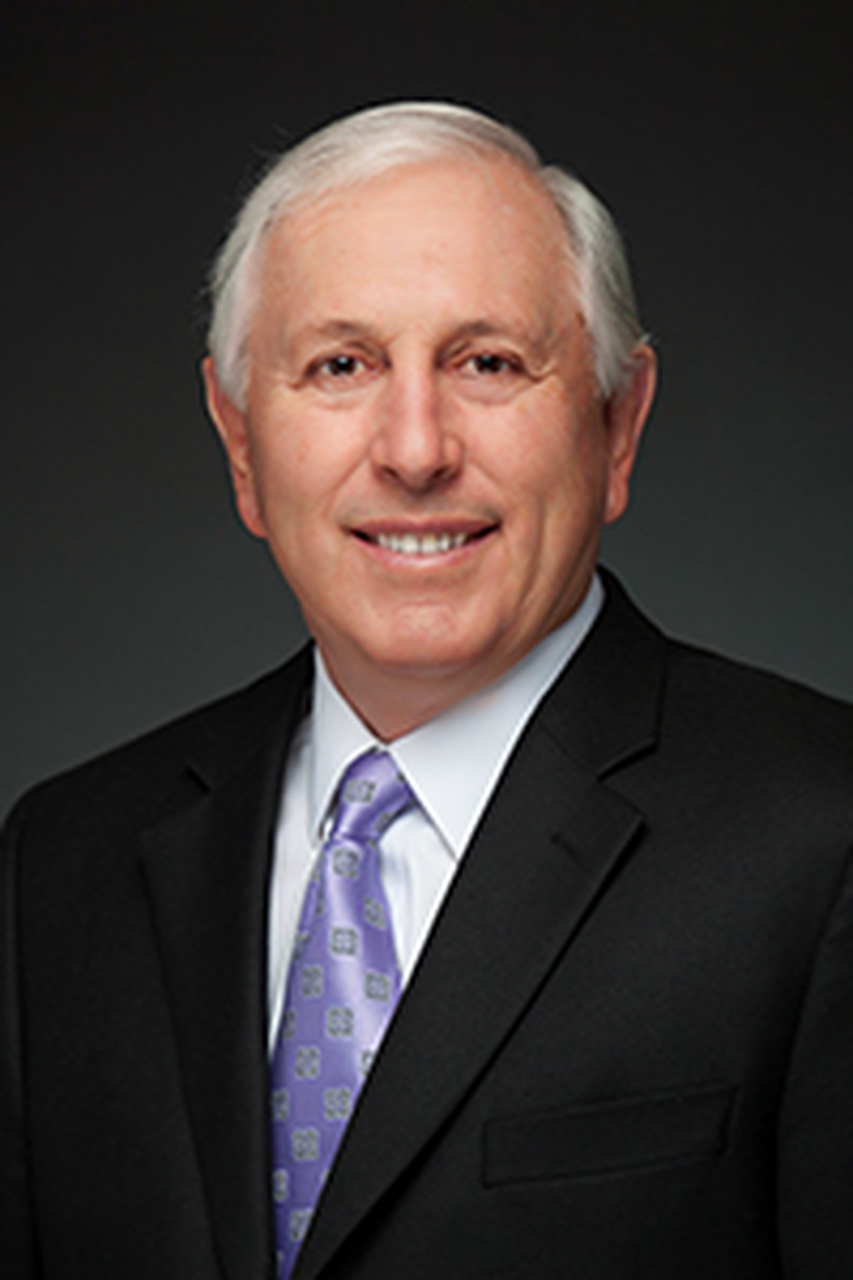 Hall of Fame golfer, Hale S. Irwin has 20 PGA wins, is a three-time U.S. Open winner, and has played on five Ryder Cup teams. He is active with the Phoenix Chapter of the First Tee, the Wounded Warrior’s program, and other foundations that support our US Military personnel. 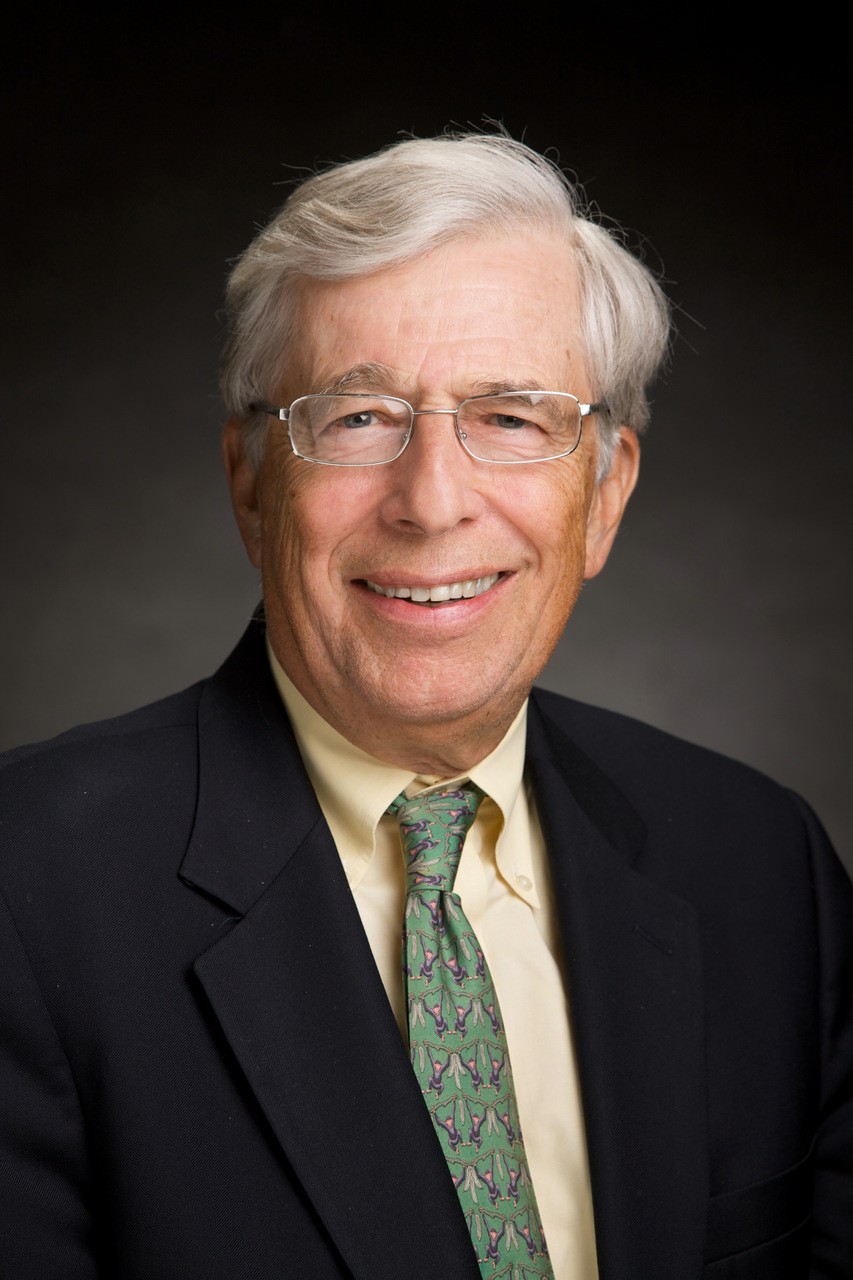 Mr. Turner is the former President and CEO of PNC Bank, New Jersey. Previously, he served as Vice Chairman of Chase Manhattan Bank. After retiring from banking, Mr. Turner was the Founding Dean of the College of Business at Stony Brook University.

Mr. Turner earned his undergraduate degree from Trinity College and his MBA from New York University. He serves on the boards and chairs the audit committees of Standard Motor Products, Inc. and Threadneddle. Mr. Turner also serves as Chairman of International College of Beirut and Bloomfield College in New Jersey.